By request, here is a photo taken during our recent restoration of a Model 4, showing the hidden linkage for the gripper mechanism.  This linkage is between the base and the bed and is accessible only by removing the bed.  Stepping on the pedal pulls the chain downward, which pulls forward on the left end of the spring-loaded lever, the right end of which then pushes backward on the small link extending out the back of the press which then actuates the external linkage to the grippers.  The lever is held by the spring against a small peg in the part below the lever, and this acts as a stop.  The link extending out the back of the press is not actually attached to anything; it simply rests on the top surface of the base.

Also shown in this photo is the linkage for the Trip/Print lever, which mounts to the underside of the top of the base, directly under where it is shown in the picture.  The knob-operated lever pivots on the bolt, and the right end of the lever imparts torsional motion to the shaft extending out the back of the press. 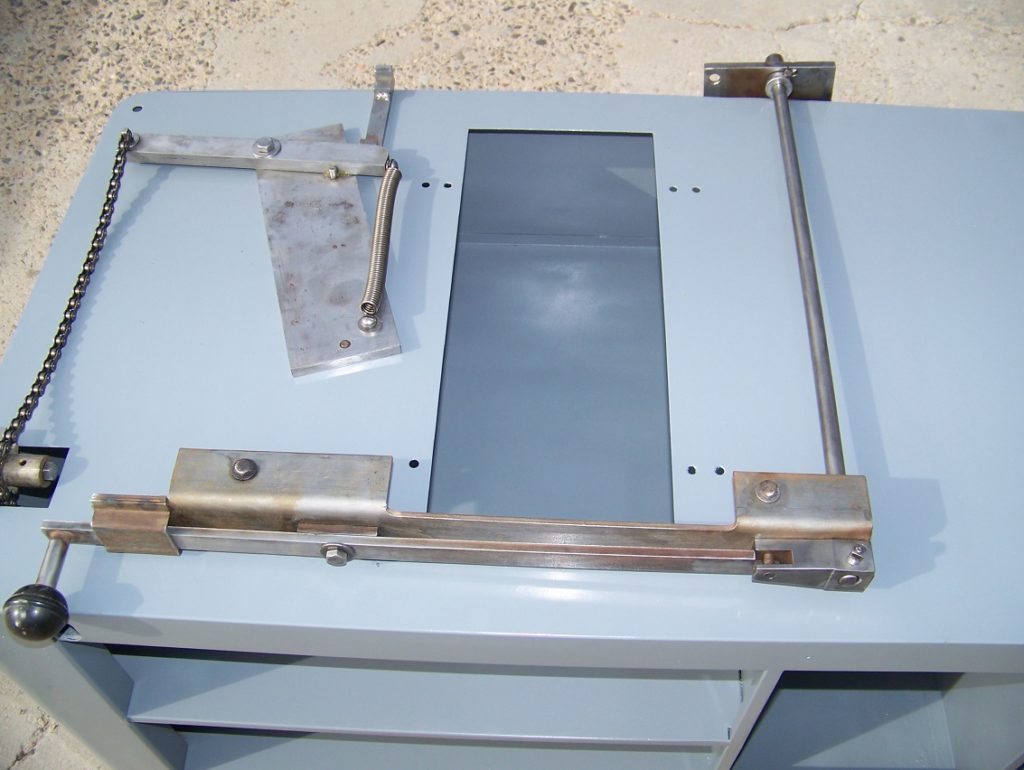