Edward J. Nolan (1907-1983) was an RIT-trained engineer who founded both the Nolan Corporation, maker of Nolan proof presses, and later the United States Forge and Foundry Co., the maker of Reprex proof presses. The Nolan Corp., based in Rome, NY, made composing room and bindery equipment for the newspaper industry. They also built food canning machinery among other equipment. During WWII the company dedicated 100% of its effort to war work employing 400 men in making machine guns parts for the U.S. Army.

After a serious labor union dispute in 1951, Edward Nolan resigned and moved to nearby Pulaski NY where he started the United States Forge and Foundry Co., which in addition to the Reprex line made post grinders and large cement and mortar mixers and continued to make press parts for his old firm. In 1956 the company was sold to Porter Cable, Mr. Nolan briefly stayed on to direct product research which yielded one of the first riding lawn mowers.

United States Forge and Foundry made six Reprex models, and while total production numbers are unknown one former employee reported that the company shipped three to five presses a week during the late 1960s through the mid-1970s.

One of Edward Nolan’s last engineering projects was an overhead conveyor belt system for The Denver Post. The photo, courtesy of daughter Margaret Nolan Hay, shows him at his drawing board working on this project.

Mr. Nolan was also a railroad enthusiast and built a narrow-gauge steam train and tracks on his property in Pulaski. 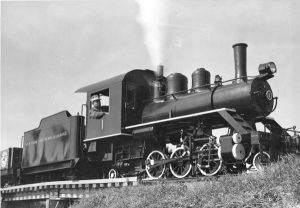 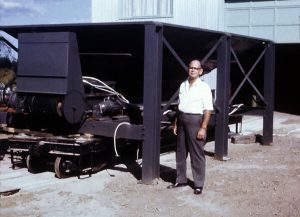 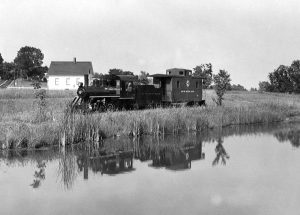 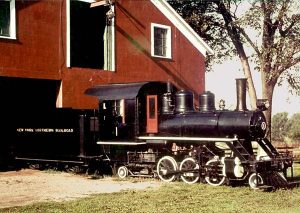