Keith Stubley in Sheffield, UK contacted me about locating a manual for his Vandercook and sent me two interesting photos. The first shows a nameplate on the carriage with the model name left blank and a serial number that does not correspond to existing records. At bottom, it states that the press was made in London. The second photo shows that this press has the carriage and inking system and cabinet of a 1950s style No.4, but the feed board of a “215”:https://vandercookpress.info/years35-53.html#215. No serial number is stamped into the bed bearer as was usual for presses built in Chicago. 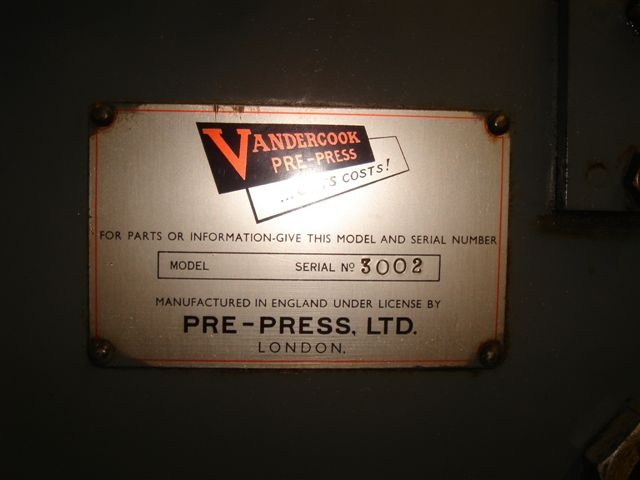 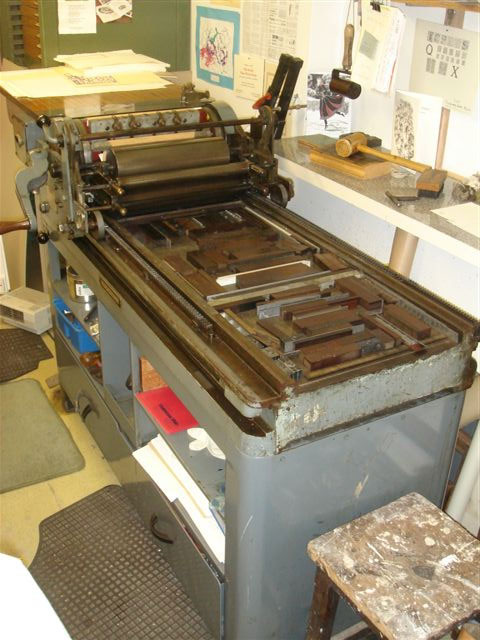 I suggested that a manual for a No.4 would be useful and shared our email exchange with Fritz who concurred:

I think this is a 215, though it has overtones of a Universal II that utilized the 219 castings evident in the feed table support and paper tables. Being built under license by an English firm knocks it out of the US Vandercook serial number scheme. And Paul may be entirely correct that this is a hybrid and the inking system is that of the #4. Vandercook was doing all sorts of redesign efforts from about 1955 through the early 60s to come up with a new press line that was more economical to build that the one in place since the late 1930s. I can furnish copies of the inking assembly prints that would be of the most use for this press.

No known Vandercook literature or ads show this press, and the licensing manufacturing and export records no longer exist. The article “Story of a Visit to the New Vandercook Plant,” notes only that “that some products are manufactured in England.” 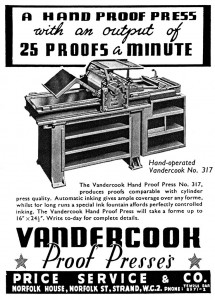 This 1938 British Printer ad shows a 317 and gives the name and address for Price Service & Co. apparently a London sales agent. Soldan was an agent in the 1960s.