We’ve been having an issue at MSU with the paper releasing at the end of the bed of a Vandercook No. 4. I had talked to you about this briefly at Hamilton, but I took some photos and it looks like there is a large shim and was wondering if this is normal. I feel like ours looks very different than the ones I saw at Hamilton but maybe I am mistaken. It also looks like it is damaged from this shim protruding out so much. As if the smaller roller on the release bar is trying hard to get over this hump, damaging the wedge. We have added some tape onto this wedge to eventually allow the grippers to release the paper at the end of the bed but wondering if something else is an issue. 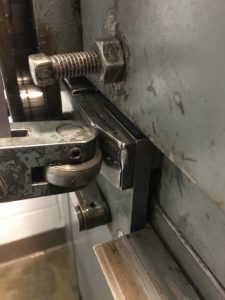 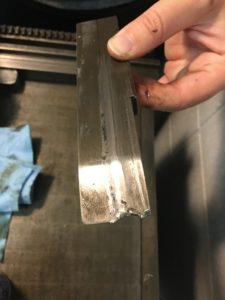 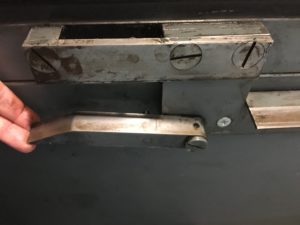