Scott Fisk, designer, educator, and vanderblog consultant, just bought a Reprex, a 1960s era down-market flatbed cylinder proof press. Its overall condition is quite good and it should prove to be serviceable. Its mechanisms, however, may seem a bit peculiar to most Vandercook operators. For example, the reservoir drum, while driven by a chain, also oscillates—conversely the large steel rider doesn’t. The form rollers do not have bearing blocks or nyliners on the core ends; they simply sit into a notched bracket that is raised and lowered by adjustment screws, much like pre-Universal series Vandercooks (No.4, 219, 325). –PM 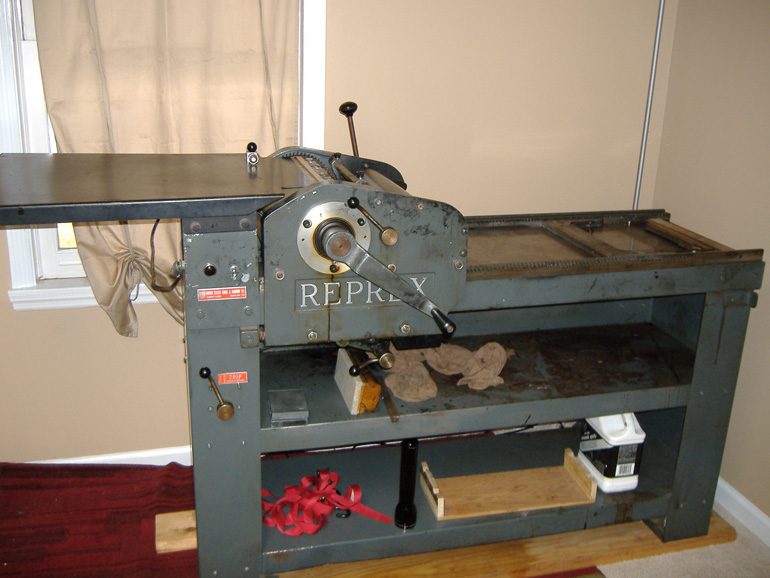 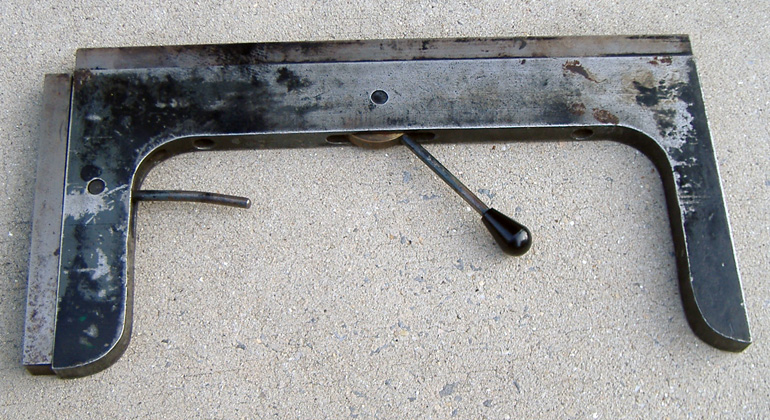 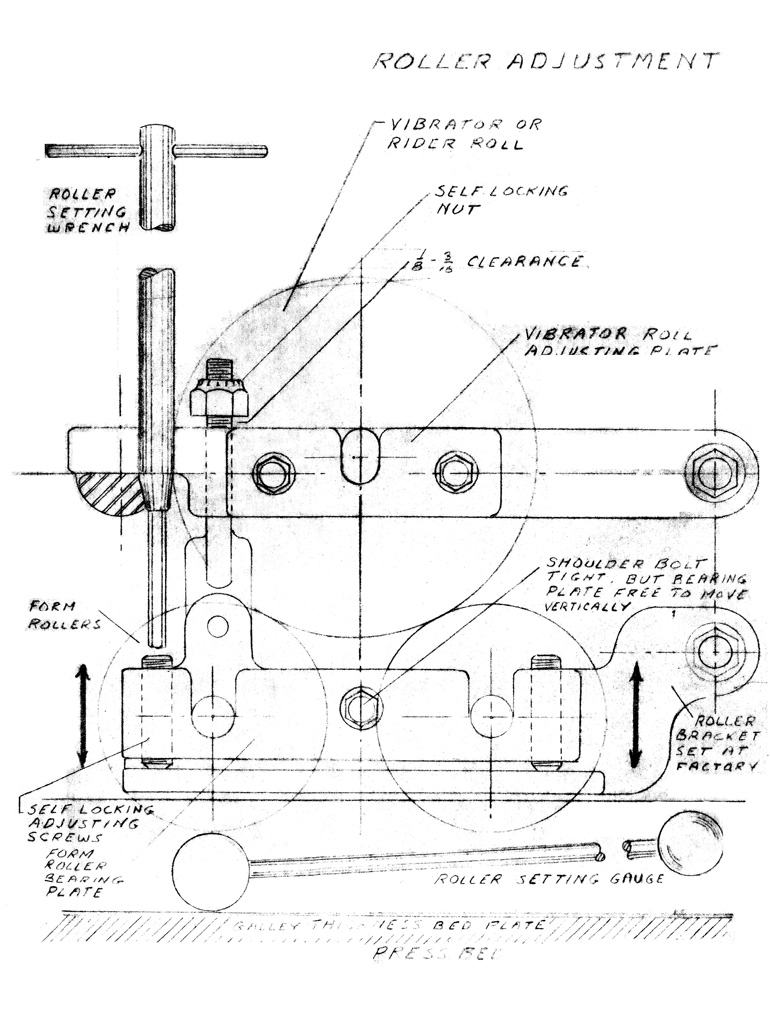 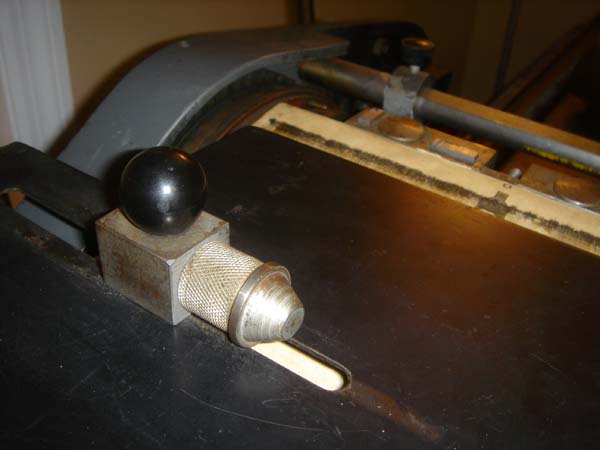 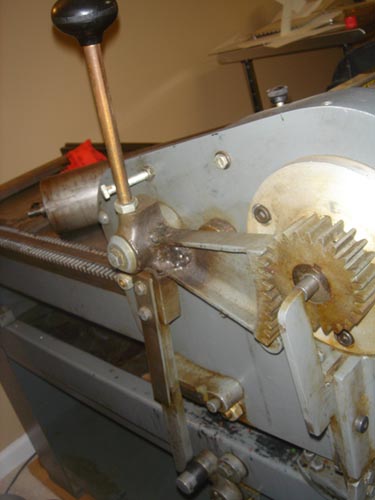 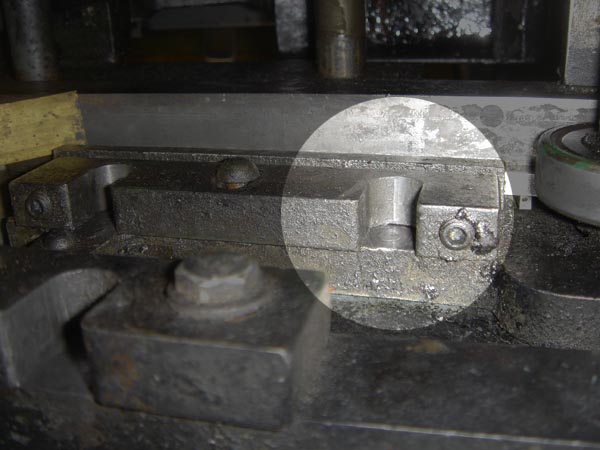 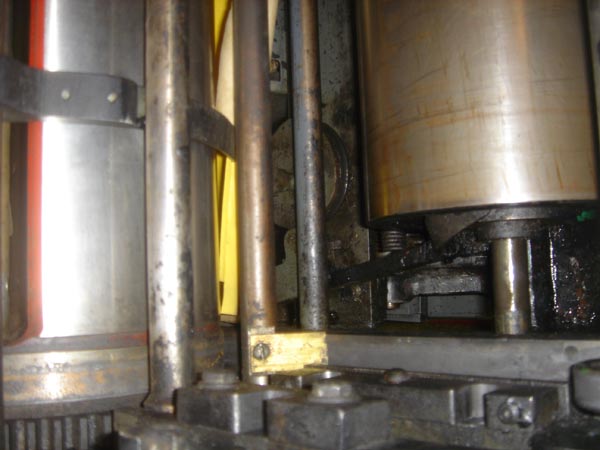